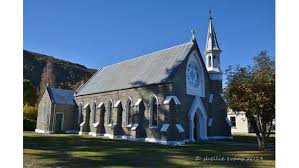 How to get there

Mass is celebrated every Tuesday at 4.30pm and every Sunday at 11am (holy communion on the second and fourth Sundays of the month).

The church is open every day and visitors are very welcome.

History - The St Mary McKillop cottage is on the church grounds and that is open daily for viewing.

Mary Helen MacKillop (15 January 1842 – 8 August 1909), also known as Saint Mary of the Cross, was an Australian Roman Catholic nun who, together with Father Julian Tenison Woods, founded the Sisters of St Joseph of the Sacred Heart and a number of schools and welfare institutions throughout Australia and New Zealand, with an emphasis on education for the poor, particularly in country areas. Since her death she has attracted much veneration in Australia and internationally.

An old miner’s cottage by the historic St Patrick’s Catholic Church in Hertford Street is named after Mary MacKillop, who was canonised at the Vatican in October 2010 – 101 years after her death.

MacKillop came to Arrowtown in 1897 with other teaching nuns and converted part of a school attached to the cottage into a convent.

The building was restored just before she was beatified in 1995. The school that was attached to the cottage was shifted across the road and is part of the bowling club.

There are two theories as to why the town is named Arrowtown. One is that the river behind the town flows swiftly like an arrow.

Arrowtown has one of the best preserved collection of goldfields heritage buildings in New Zealand.