Arrowtown’s History. The township’s past is colourful.

Arrowtown sits in the Arrow Basin, which was carved by the great glaciers of Ages past.

Before Europeans settlers came to New Zealand, Maori walked through the area on seasonal trips to hunt native birds, and find the prized pounamu (greenstone). Waitaha, our first tribe, were joined by Kati Mamoe when they were driven south in bitter fighting with Kai Tahu. By the 1700s, however, the three tribes were locked together by marriages and peace alliances. Then came William Rees and Nicholas von Tunzelmann, the first Europeans to establish farms in the area. The country looked different then. Rees’ cadet, Alfred Duncan, described our Arrow River ‘flowing like silver threads through the blackened [matagouri] scrub-clothed plains.’ But suddenly, there was dramatic change. Jack Tewa, a Maori shearer for Rees, found gold in 1862 followed closely by either William (Bill) Fox or perhaps the team of Thomas Low and John MacGregor. But the forceful Fox took credit for the discovery and the ragged new “town” was first called Fox’s. Fifteen hundred miners were camped noisily beside the Arrow River by the end of 1862. 12,000 ounces (340 kgs) of yellow treasure were lugged out by the first gold escort in January 1863. (This load alone was worth $18 million at today’s prices).

When the West Coast goldfields opened in 1865, many European diggers headed over the Southern Alps as much of the easier gold in Otago had gone. Trying to re-stimulate a flagging economy the Otago Provincial Government invited Chinese miners to come and work. The small Chinese village they created in Arrowtown stayed settled until 1928, and its remains are part of our history. As a more permanent town emerged, the avenues of trees were planted in 1867, making Arrowtown look more like the European towns the settlers missed. The first mayor, Samuel Goldston, was elected in 1874. In 1896 a large fire burned down the Morning Star Hotel, Campbell’s bakery and much of Pritchard’s Store. While the store was rebuilt, the spreading Morning Star site is now known as Buckingham Green.

Today Arrowtown has around 70 buildings and features left from the gold rush era. After the gold ran out, Arrowtown became a farm service town with a shrinking population. But during the 1950s, as it became a popular holiday destination, families restored historic cottages and built holiday houses. By the turn of the 21st century, Arrowtown had been remade by it’s reputation as one of New Zealand’s most engaging places to visit. 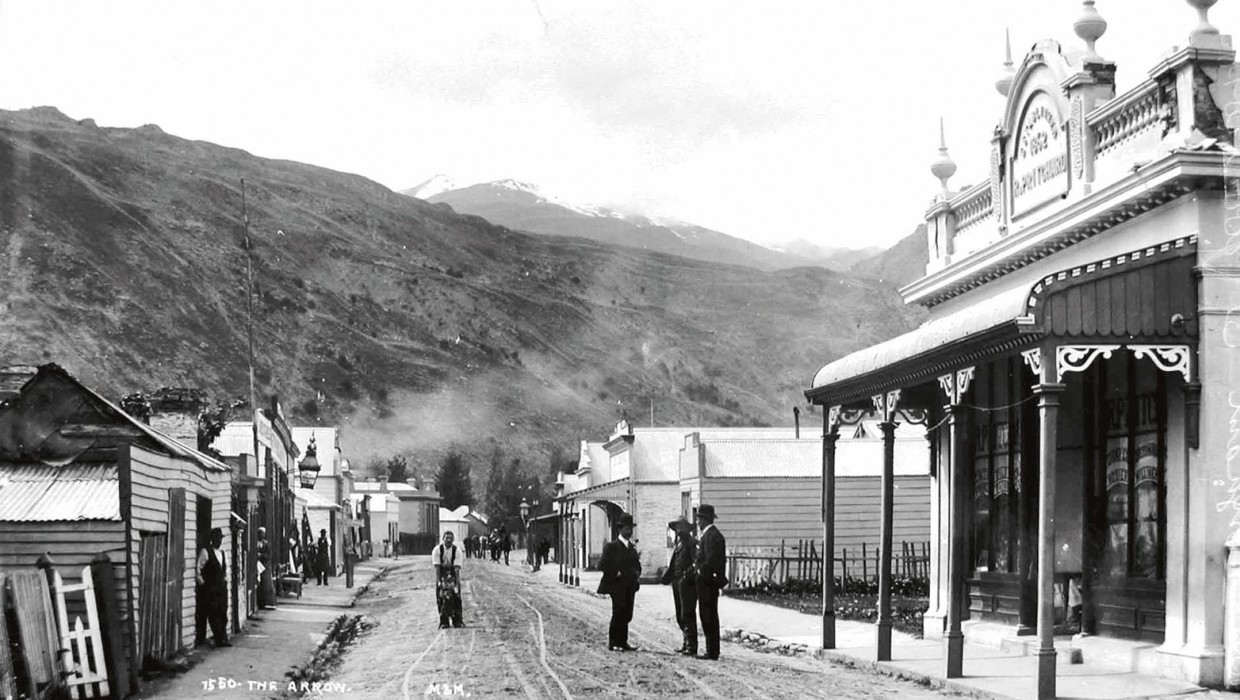 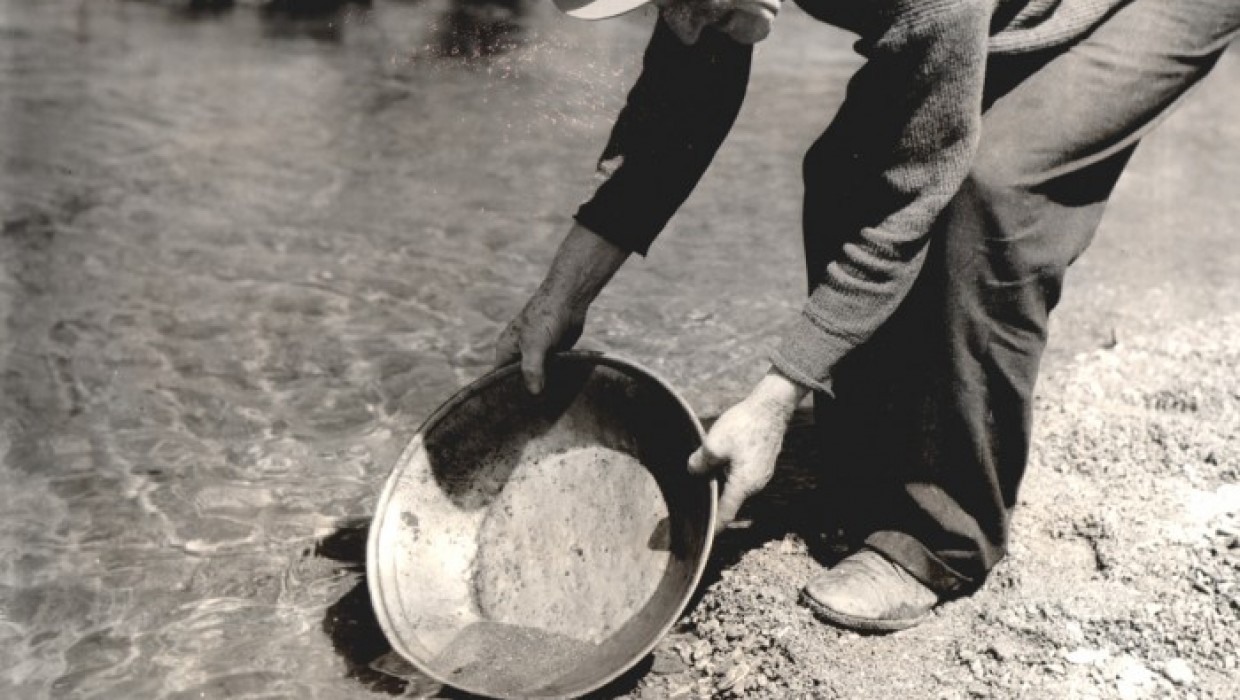 Panning for Gold on the Arrow River 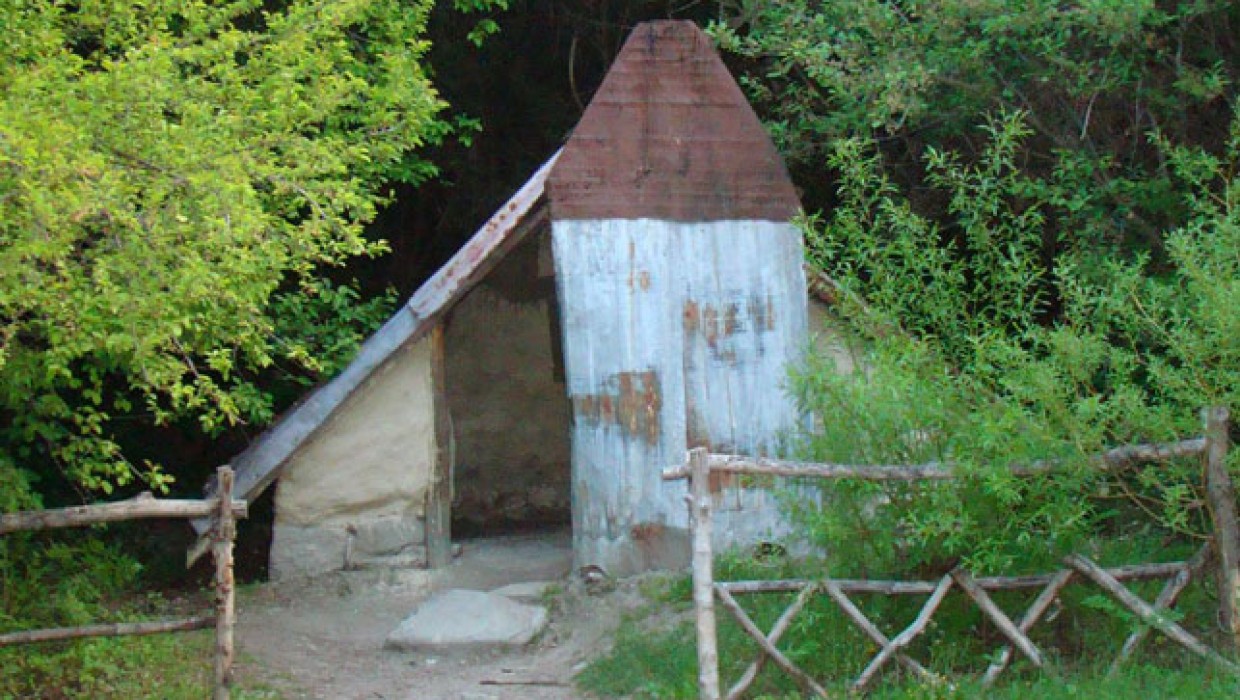 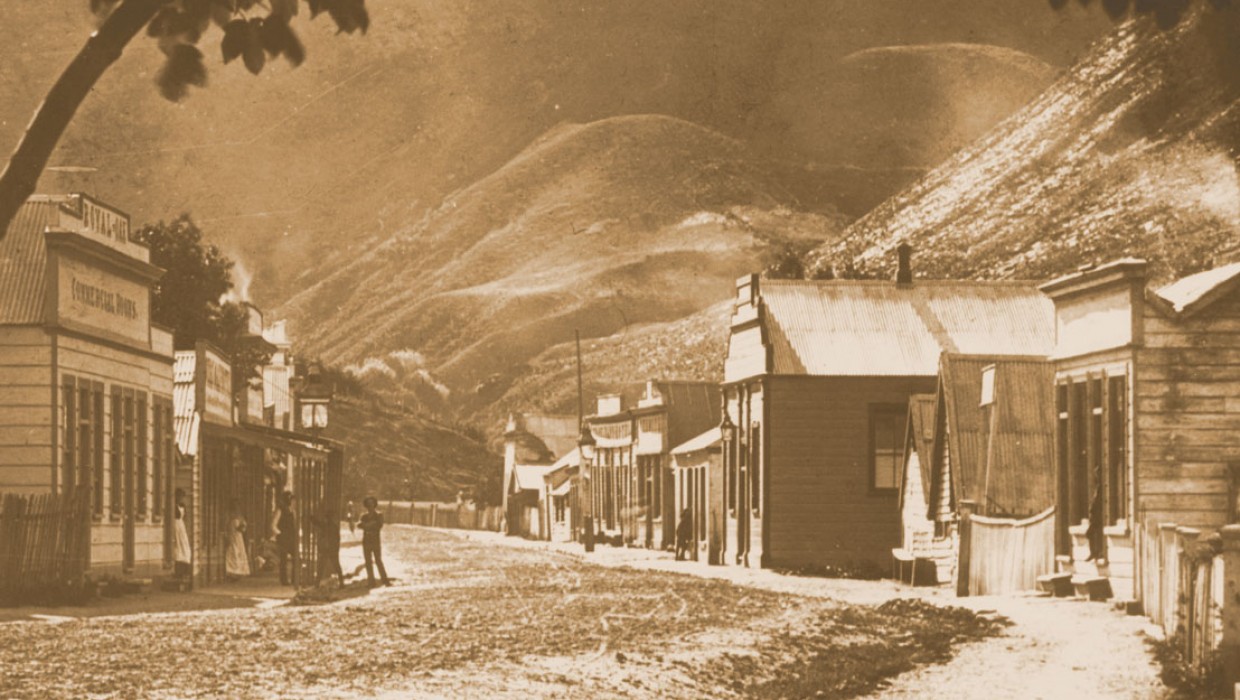 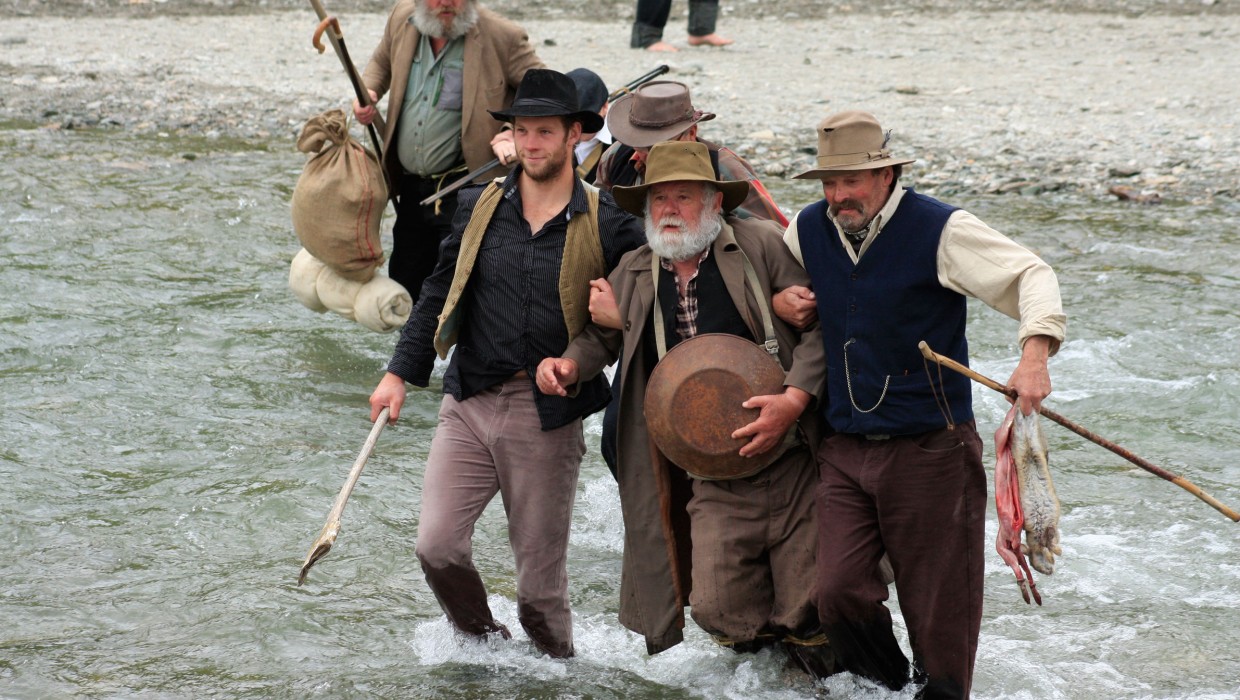 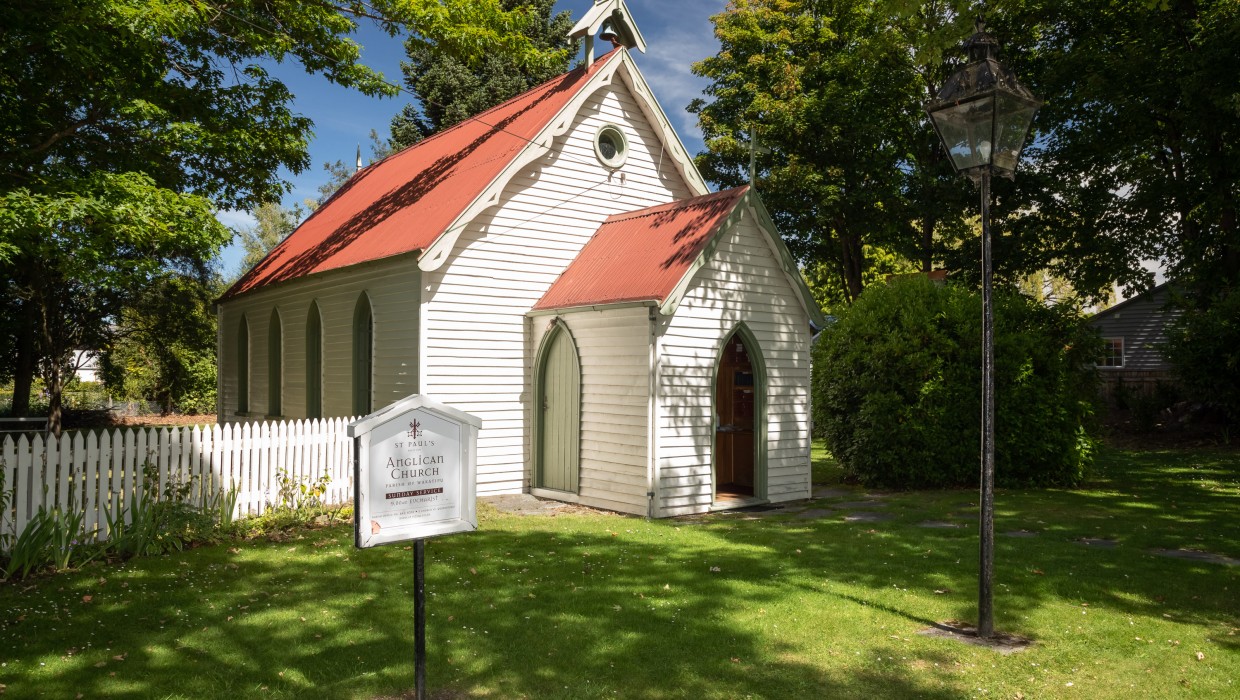 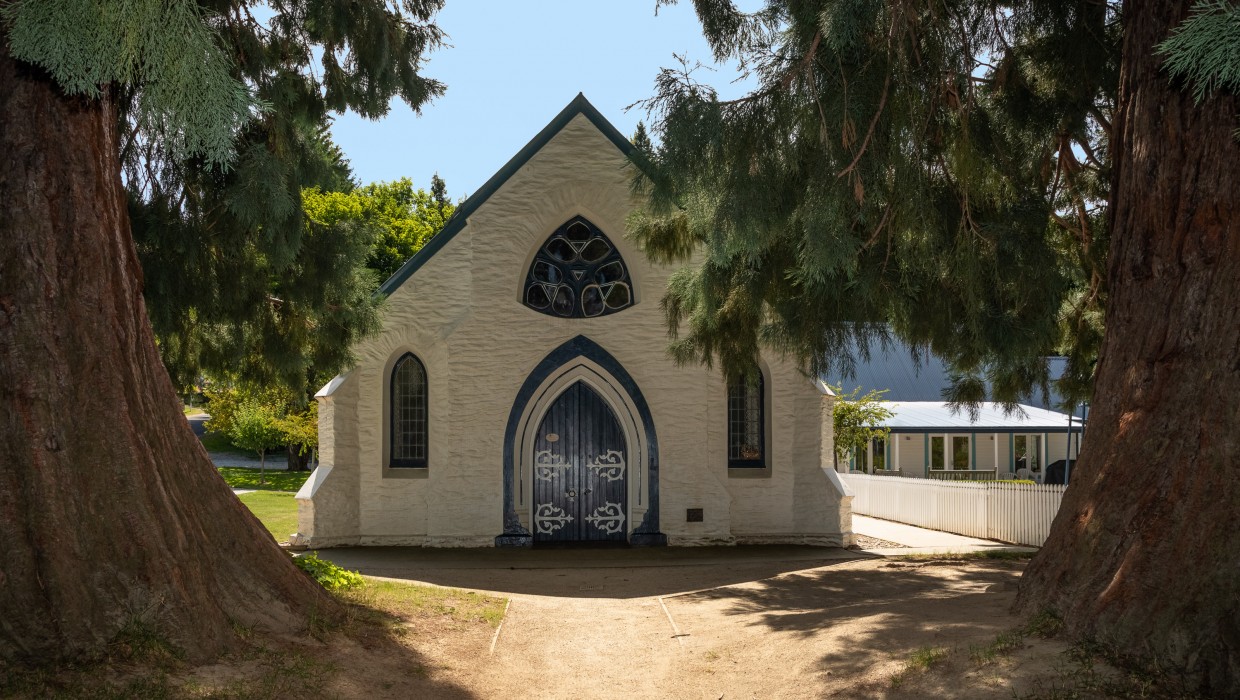 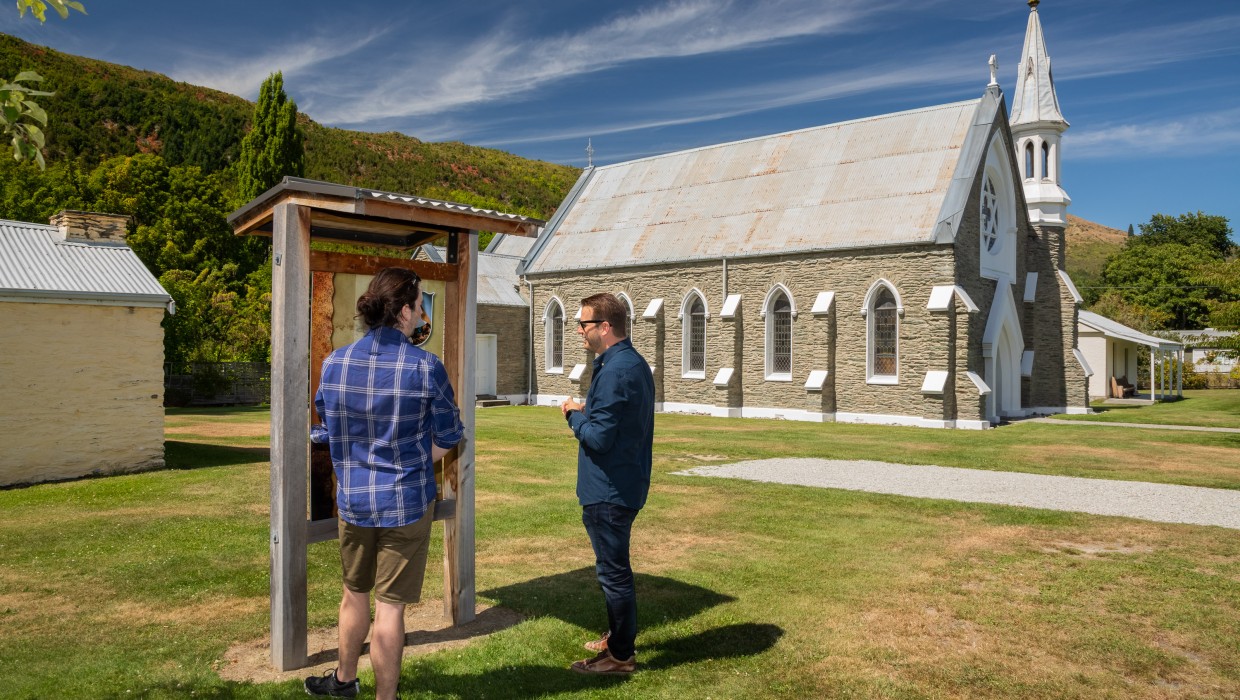 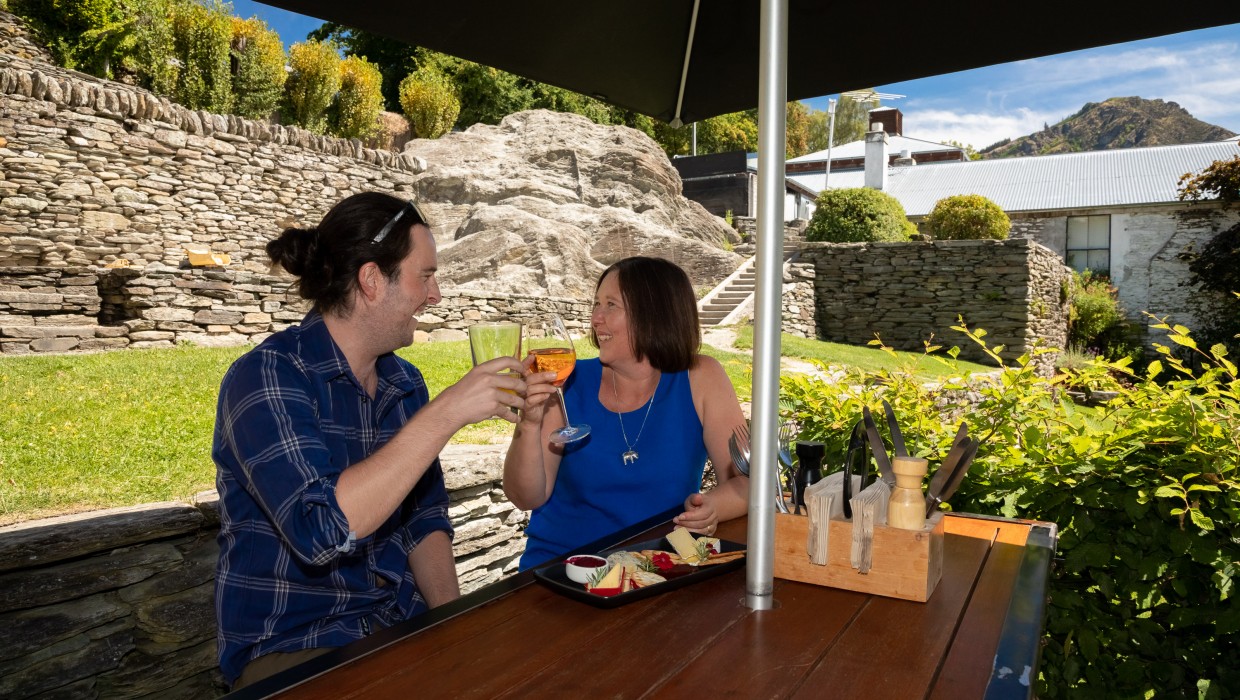 Today Arrowtown remains a treasure, its ambience valued by visitors and residents alike.

Arrowtown is sought after by both visitors and new residents. Its population of just over 2,000 people enjoy excellent educational facilities, and a range of quality amenities including, library, museum, swimming pool, internationally acclaimed golf courses, medical centre, a nearby airport, hospital, ski fields, an ice rink, and events centre.

Active in the community are sporting, service clubs, youth activity groups, performing arts, arts and crafts societies and guilds. With the gold rush long over, Arrowtown's focus is on hosting visiting holidaymakers, in accommodation, dining and sightseeing and recreational pursuits. Film production, viticulture and farming are also major income earners for the town.

Worldwide attention has been received recently with some of The Lord of the Rings trilogy filmed in and around Arrowtown and environs. Commercial viticulture has become well established, with many award winning wines produced locally.

Many of the buildings in the main street were built during the days of gold mining. Rather than relics, they are in everyday use as offices, cafes and shops. A proactive building policy ensures that the buildings are protected and that the wider township evolves within a set of design rules.

Australia’s first saint, Sister Mary MacKillop visited Arrowtown in 1897 and set up a Catholic School. Part of this school can still be visited today.