Arrowtown started life in 1862 as a booming gold rush town, and today so much built heritage from that era remains that it has been recognized as a  Tohu Whenua, one of Aotearoa New Zealand's best heritage experiences. Our picturesque main street is chock-a-block with history, from the iconic miners’ cottages at one end to the Chinese Settlement at the other. Here are five ways to explore Arrowtown’s fascinating history while staying in the great outdoors. 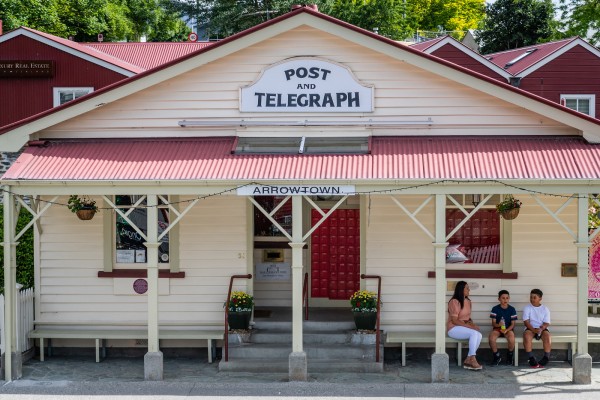 You can dive deep into Arrowtown’s past by ambling around town. You’ll feel like you’ve stepped back in time as you stroll down Buckingham Street past buildings made of wood and schist that date as far back as the 1860s. There are more than 70 heritage features within a 1km radius, and you won’t have to walk far to see the 1876 stone gaol, three historic churches and Mary McKillop cottage. You can even enjoy a bit of Arrowtown hospitality with a side of history by going to one of the many eateries and bars that are in heritage buildings, most of them with outdoor dining areas too.

It’s easy to do a self-guided tour: pick up a free copy of Historic Buildings of Arrowtown from the museum or follow the Heritage Town Centre Walk in the official Arrowtown guide. 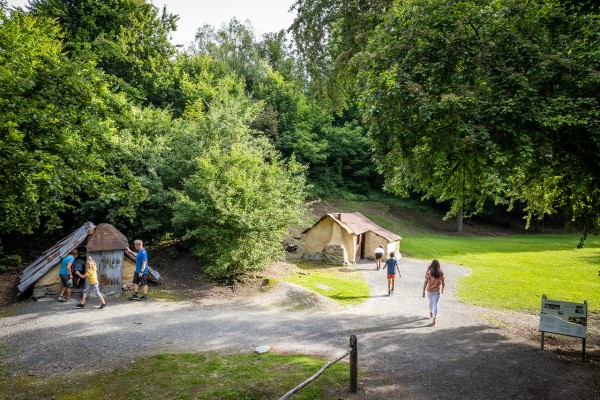 The Chinese Settlement next to Butlers Green was from 1869 the home of mostly Cantonese gold miners. Initially recruited to pick over ground that European miners had already worked, they were persecuted and forced to live outside the main town. Sadly, few made enough money to return home triumphantly.

Central Otago had several Chinese settlements but Arrowtown’s is the best memorial to these settlers. It was studied extensively by archaeologists in the early 1980s and several of the huts have been restored, including Ah Lum’s Store. It is now a Tohu Whenua, one of our country's most treasured heritage places and managed by the Department of Conservation and you can visit any time free of charge. 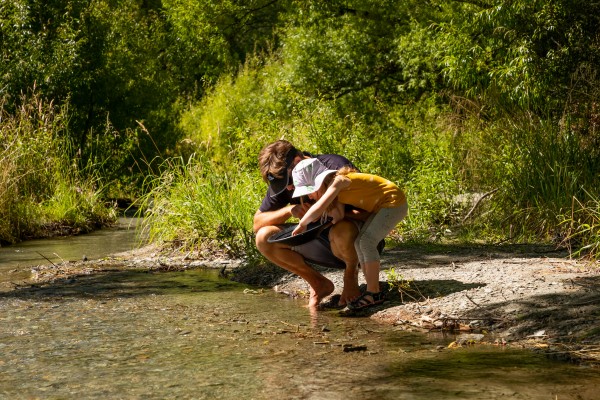 The gold rush may have been more than 150 years ago, but there’s still gold in the Arrow River. You can travel back in time to Arrowtown’s mining heyday by panning for gold yourself – there are a number of places you can hire gold mining equipment.

Your chances of going home with gold skyrocket if you get a panning lesson and test your skill in a trough first – because you're guaranteed to strike gold.

Locals’ tip: try panning after a good rain as gold is more likely to have been dislodged further upriver and carried down.

Cycle to a historic bridge 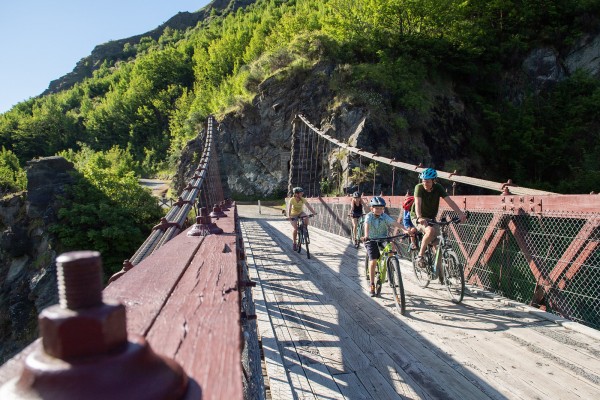 It's the site of AJ Hackett's original commercial bungy jump, but there’s much more to Kawarau Suspension Bridge than adventurous types hurling themselves off it. The bridge has a long and intriguing history that has earned it Tohu Whenua recognition. Built in 1880 to access the Otago goldfields, the bridge is a great feat of engineering that, unlike failed bridges in similar sites around the world, has withstood notorious canyon winds for nearly a century and a half.

These days the bridge is an integral part of the Queenstown Trail between Arrowtown and Gibbston. It’s a fun off-road bike ride from Arrowtown, a route that takes you on a purpose-built path beside two great gold rivers crossed by wobbly feeling (but entirely safe!) suspension bridges. You can hire a mountain-bike or e-bike from a bike hire right in town.

Go for a walk 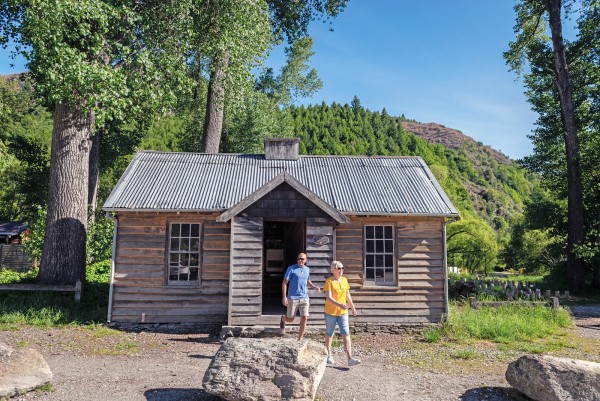 Arrowtown’s stunning short walks are about more than panoramic views or tranquil mountain streams – they offer a glimpse into our history. The peaceful hills behind the town were a hive of activity for many decades as gold miners sluiced and panned their way to riches...or so they hoped. Take a walk in the Mahu Whenua park and you’ll inevitably pass by reminders of those times – water races, tailings, scoured river faces, abandoned mining equipment and the tumbledown remnants of stone buildings. Before you head out there, call in to the old Police Hut at Butlers Green (another heritage building!) to learn about the history, flora and fauna of Mahu Whenua.

For more information about these and other activities, talk with the friendly staff at the Lakes District Museum.

There has been a fire station on the current site since 1890. The hand drawn hose reel was used until the 1940’s.