Arrowtown’s Reg McTaggart is one of those Kiwi characters that makes small town life special. He’s a man of many talents who’s been there and done that – he’s worked the land as a farm manager out at Frankton and he’s gigged his way around Central Otago as a musician. And he has also been a crucial part of the Arrowtown Autumn Festival since it began in 1985. 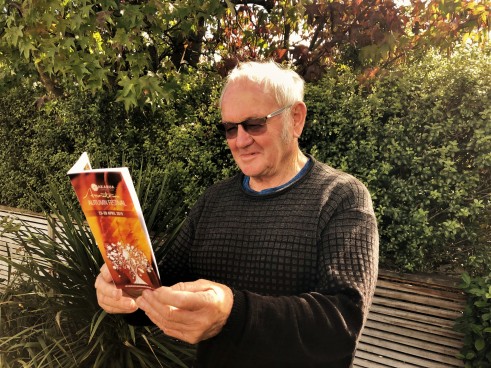 Reg says the early festivals were very much ‘by the locals for the locals’. They had a gold mining theme – residents were encouraged to dress in period costume – and there was a focus on entertainment and dancing, with two sellout balls for each festival as well as dancing in the street one evening.

‘Back then it was easy to close the street so the stage would be set up between the hall and Night n Day or in front of the museum,’ Reg says. ‘Each day we had something happening.’ For the two-hour lunchtime shows Kevin Lynch was the front man, revving up the crowd and gently poking fun at the tourists who, Reg says, loved it.

The Women’s Institute choir, a few game local vocalists, the Buckingham Belles can-can dancers and the Miners Band – the last two of which still feature today – would perform. The Crown Terrace Hillbillies – a parody of the Beverly Hillbillies – were a daily highlight. They loaded an old truck with ‘every bit of junk you can imagine. This included live hens, a dog, a Shetland pony. Our moonshine was sake that Jim Mortimer made – this was a hit with the Miners Band especially after the concert had finished.’

Most of the performers were amateurs: ‘Every person you knew that could do something you’d be at them to come and do it. And it wouldn’t be once a week it’d be once a day.’ For years there was also a country music concert with big-name acts from around New Zealand and Australia, among them Suzanne Prentice and Patsy Riggir. The concert has fallen by the wayside, a victim of rising costs, but Reg has made sure that country music continues to be heard with a regular show by the Shotover Country Music Club, of which he is president, on the last day of the festival.

When he was awarded life membership of the Autumn Festival in 2009 Reg thought he had been at every show at every festival as he looked after the sound system. He can’t make that claim any more – his gear isn’t capable of handling very big events like La Nuit d’Extraordinaire – but look out for him at just about every other event, from the official opening to The Basin’s Got Talent on the last day.

The 35th Akarua Autumn Festival runs from Tuesday 23 April to Sunday 28 April 2019. For more information about the events, many of which are free, go to arrowtownautumnfestival.co.nz.