The views are spectacular. To my right lies a ring of mountains, thickly coated in snow, while on my left I look across the Wakatipu Basin to the jagged peaks of the Remarkables.

I am standing on a ridgeline some 1000m above Arrowtown, the sun is shining and there is not a breath of wind. This is heaven.

Except for the very practical challenge of my situation. I have sunk thigh-deep into snow and am unsure of my next step.

A plan to summit Brow Peak (1456m), a magnificent mountain literally walking distance from the village, appears to have been stymied.

Twenty-four hours earlier I had no idea this peak existed, let alone how close it was to the village I had visited many times. I am not alone. 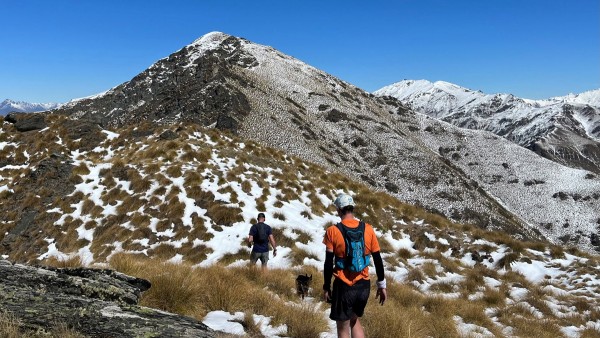 While nearby Queenstown and Wānaka are famed for outdoor adventuring, Arrowtown is better known for its gold mining history and for having one of the prettiest main streets in the country.

Visitors come in the hope of finding gold in the Arrow River, to explore its heritage buildings and to dine in one of its world-class eateries.

But the village wants to spread its wings and share the experience of visiting a back country largely hidden from view behind low foothills which hug the village. Best of all, these mountains are only a short walk from Arrowtown’s heritage high street.

Trail runners can hit the highest peaks and be back for lunch, while walkers can cover the same ground and still be home for an afternoon pint at the local. 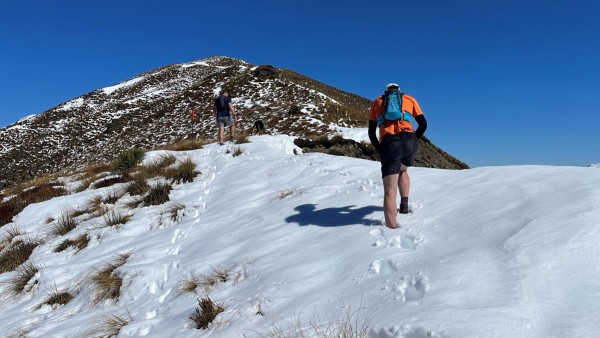 My guides into this world, two local businessmen, Jimmy Sygrove and Benje Patterson accompanied by a never-tiring Kelpie, are leading me on our mission to Brow Peak.

Fuelled by a hearty breakfast from The Dishery, one of the town's newest cafés, we set out on a track which starts at its front door.

We pass by stumps of felled pine trees – the work of the aptly-named Arrowtown Choppers, a group of volunteers who chop down pine trees in their spare time. Growing amongst the stumps are hundreds of newly planted natives, thanks to an impressive all-village effort to regenerate the native forest which once covered these hillsides.

In less than half an hour the trail reaches an open plateau, Eichardts Flat, where I am treated to my first glimpse of the majestic mountains which sit close behind Arrowtown. Behind us are views across Lake Hayes.

We break into a slow jog as the trail flattens, following the line once used to carry water pipes for gold miners, and duck through patches of native bush before reaching the ridgeline. From here we can see the ring of mountains stretching from Coronet Peak to Mt Soho, and much of the route trail runners will traverse in a new event planned for late 2022, The Wild 100. 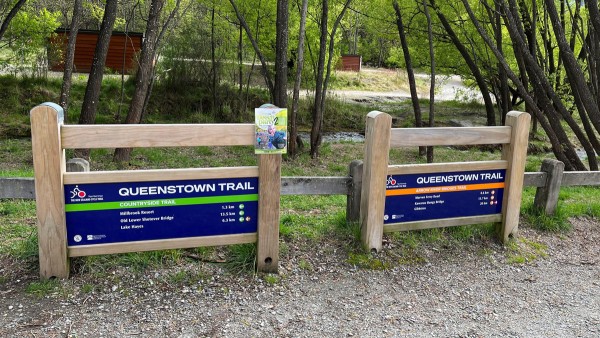 As the snow deepens, we are forced to abandon plans to reach Brow Peak.

But no one is complaining. The fresh dump of snow has made for epic views. And if one route is out of action, it turns out there are plenty of options with countless tracks crisscrossing the hills behind Arrowtown.

We duck off the ridgeline and head down a trail offering a direct route straight down to the village – a speedy 20 minutes back to base on a good day, my guides tell me.

Many of the trails offer a glimpse into Arrowtown's gold mining past with remnants of structures in many parts and the lines where water pipes once ran clearly visible across many slopes. The region is steeped in history. 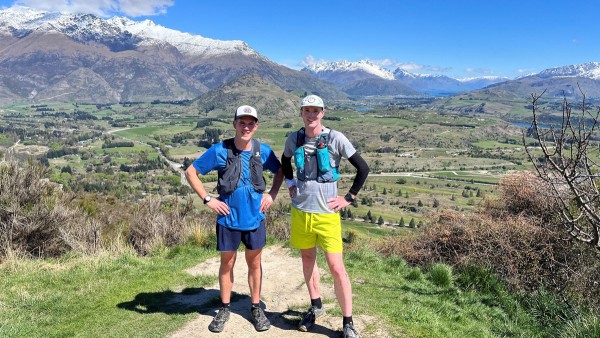 While the views are magnificent, the trail to Brow Peak is not for everyone. But there is so much more on offer.

Sawpit Gully, a 7.9km loop with some steepish sections, offers a diversity of trail through tussock lands, across streams and a traverse high above the Arrow River, it offers views at nearly every step.

For days when you just don’t want to go uphill, there are is the Arrowtown Millennium walkway, a loop along the Arrow River, head out on Bush Creek Track or take a stroll around the picturesque Lake Hayes.

The gold mining ghost town of Macetown is 15km from Arrowtown and can be reached via a 4WD track on foot, by bike or 4WD vehicle, though be aware it has some serious river crossings.

And if you don’t fancy time on your feet, there is an abundance of cycling trails.

They range from challenging downhill mountain bike tracks in the hills to gently graded, wide trails, which still offer the chance to get the heart pumping while enjoying gorgeous views either towards Queenstown or into the Gibbston Valley.

Many more are planned, explains Queenstown Trails Trust chief executive Mark “Willy” Williams. A keen cyclist himself, his enthusiasm is infectious as he outlines ambitious projects for new trails offering options for all ages and abilities, including e-bike riders.

The nearly-finished Coronet Loop Track, which starts and finishes in Arrowtown, will take riders on a 56km circuit around Coronet Peak and Big Hill. The trust believes it will be “one of the most spectacular overnight back country MTB rides in New Zealand”. After five years in the making, it is due to be complete this summer.

The loop ventures into the Mahu Whenua back country, a 55,000-hectare block across four high country stations between Wānaka and Queenstown protected since 2015 by a QEII National Trust covenant.

The trust is also thinking about its next, even more ambitious project, to link Arrowtown right through the Kawarau Gorge to Bannockburn. This would then link it to the newly-completed Lake Dunstan Trail – dubbed New Zealand’s most spectacular cycle trail – and the ever popular Otago Rail Trail.

For those on e-bikes there are heaps of options and Arrowtown will host NZ’s first e-bike festival Cyclorama scheduled for November 2022.

The best thing about exercising outdoors is the appetite this generates. And you will not be left short of options in Arrowtown. For a village of 2500 residents, the quality of eating and drinking options is such it attracts visitors from throughout the Queenstown region.

One of the best-loved is Provisions of Arrowtown, a café housed in a 1870s miner’s cottage. It was established in 2010 by Jane Shaw who began her career as a cook selling jams and chutneys at Cromwell’s weekend market.

On fine days nothing beats relaxing in the garden, where the blossoms are in full bloom during my springtime visit. On colder days the cottage has multiple rooms and nooks to tuck into while enjoying generous bowls of black rice porridge, truffle curly fries or a spicy scroll smothered in sticky caramel.

The coffee is excellent and the sourdough, made on site, a must-try. It genuinely offers an abundance of options for vegans and vegetarians and the café is always humming with locals and visitors alike.

Evening dining includes the high-end eateries at Millbrook and Amisfield, a range of Asian, Italian and Indian restaurants, the long-established Postmasters.

We dined at the Spanish-inspired La Rumbla, which offers an imaginative and filling array of tapas and locally-brewed beverages from the Lake & Wood Brewing Company, which also runs the Slow Cuts diner next door.

There are far more bars than your average village needs, but it is hard to go past the Fork & Tap. The bar and outdoor tables are always in hot demand from visitors, families dining on pizza and burgers, farmers unwinding over a pint, and the many groups of runners, walkers and cyclists, thirsty, sweaty and dusty debriefing over a pint.

A perfect ending to an Arrowtown adventure.

The writer was hosted by the Arrowtown Promotion and Business Association with accommodation provided by Arrowfield Apartments.  Originally published on stuff.co.nz here. Banner photo: Todd Weeks.

To view on a mobile device please turn your screen horizontal